Two groups - one with 4 pairs and the other with 6 pairs - started playing at 10.30 in a round robin format of 3 rounds.   2 rounds were played before a break for everyone for lunch.  The last round took place just after 13.00 with the winners of each group then having to play each other for the Cup trophies and the runners up in each group playing each other for the plate trophy.

Adrienne and Ann proved too strong for Joan and Cynthia in the Cup final.
The plate final was a much closer affair with Rita and Di winning the contest on the last end. 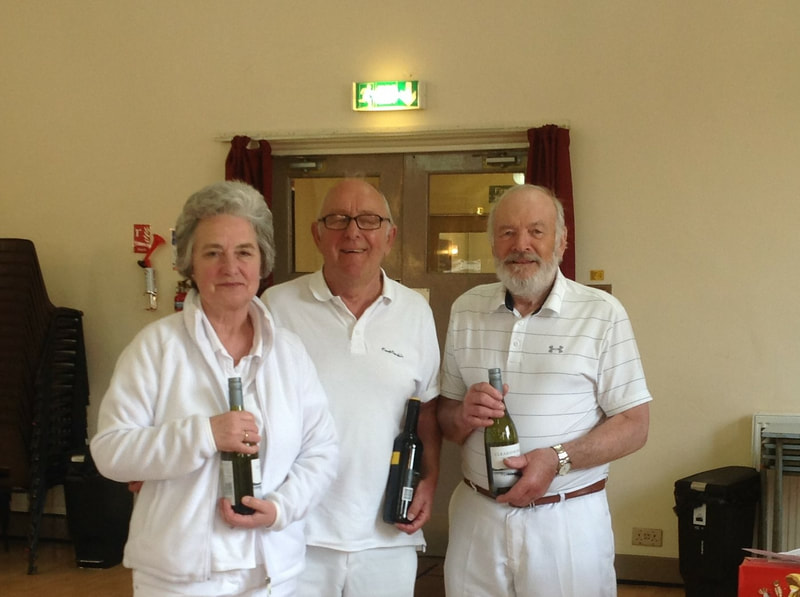 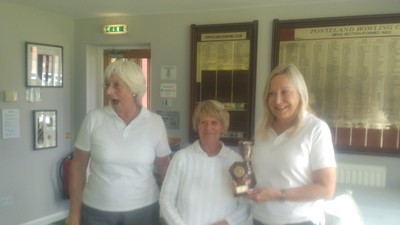 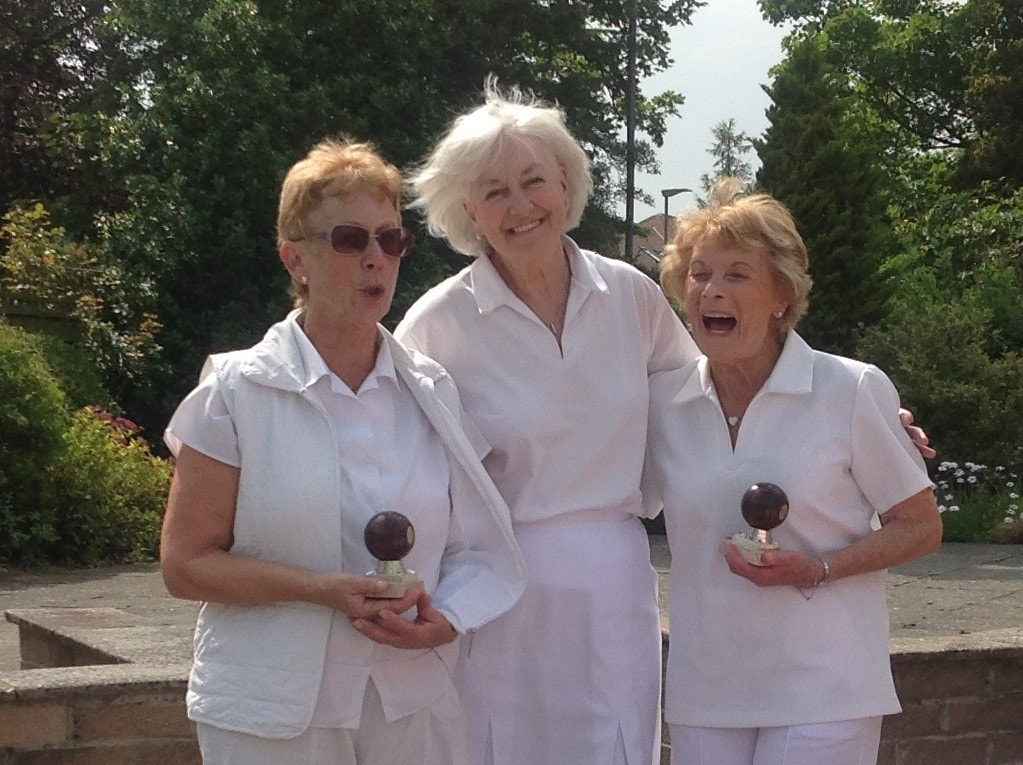 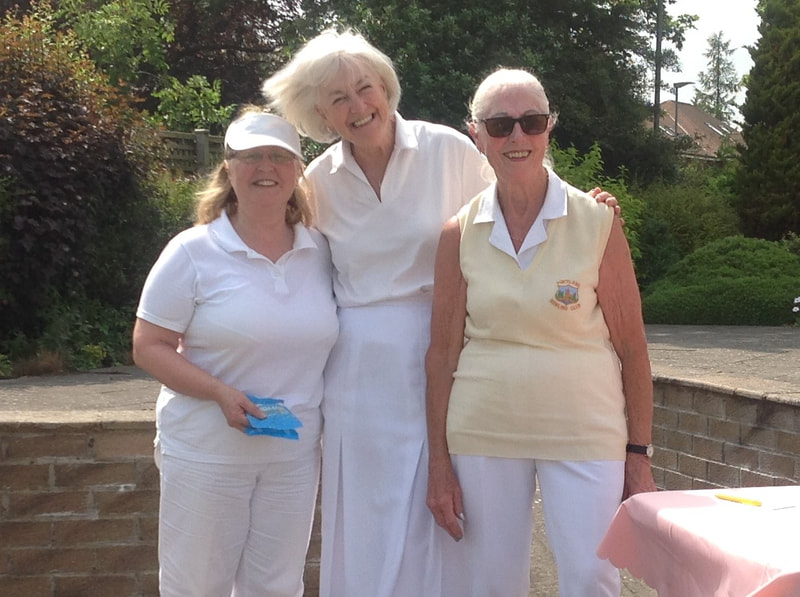 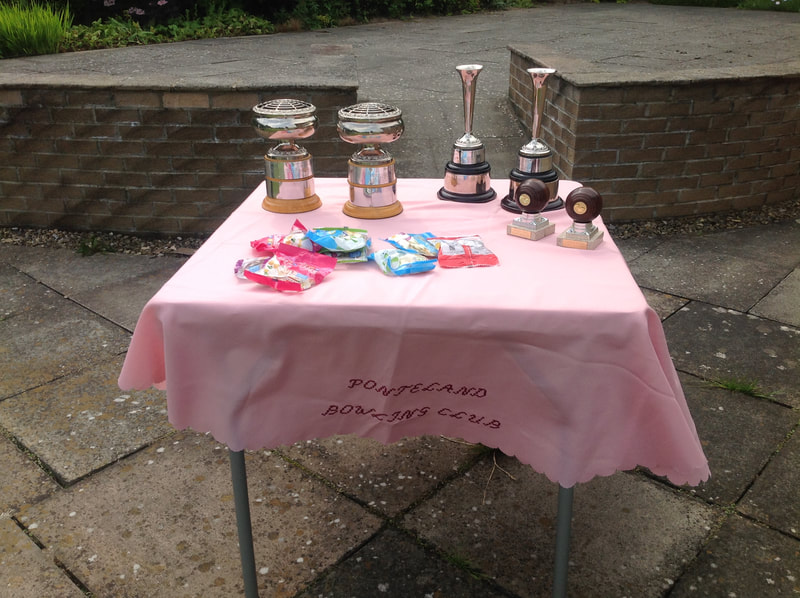 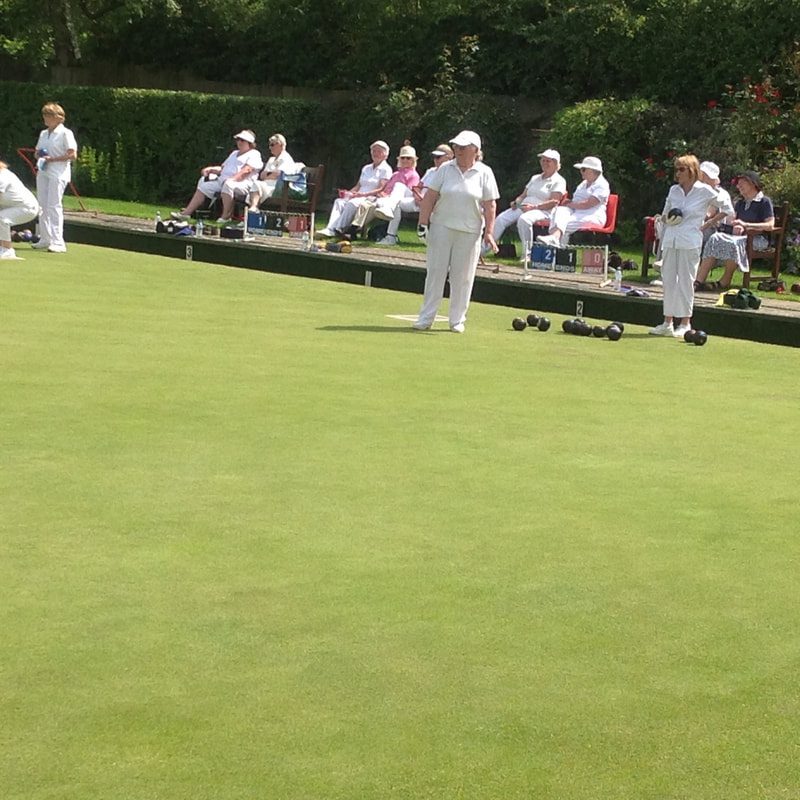 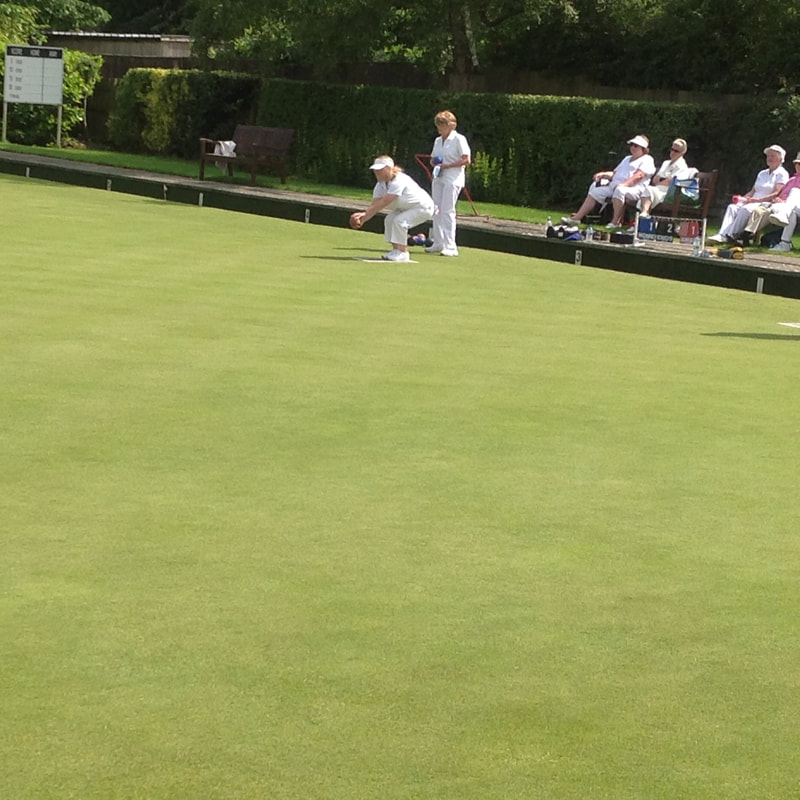 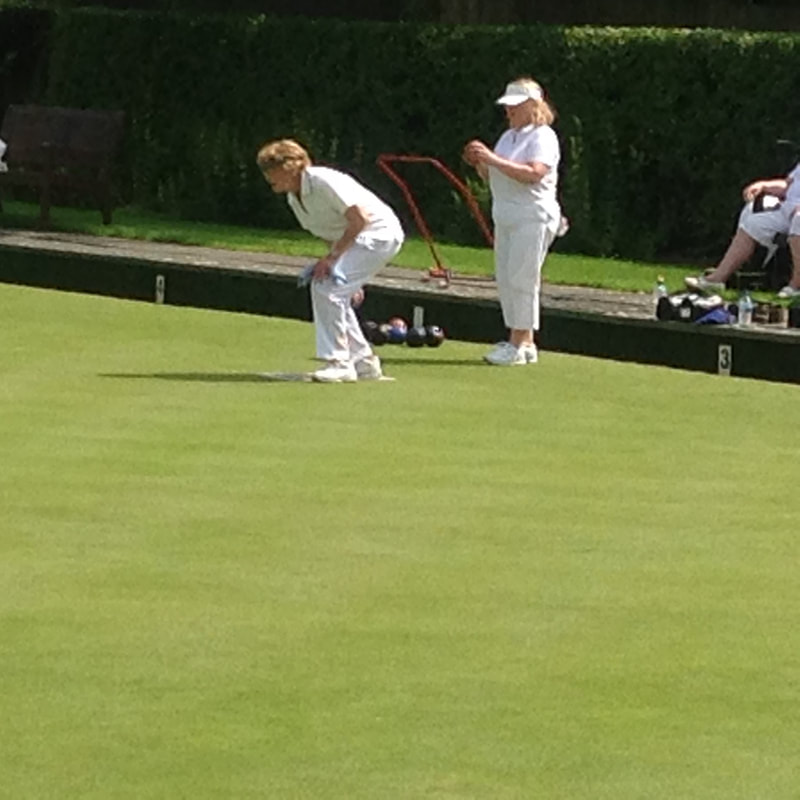 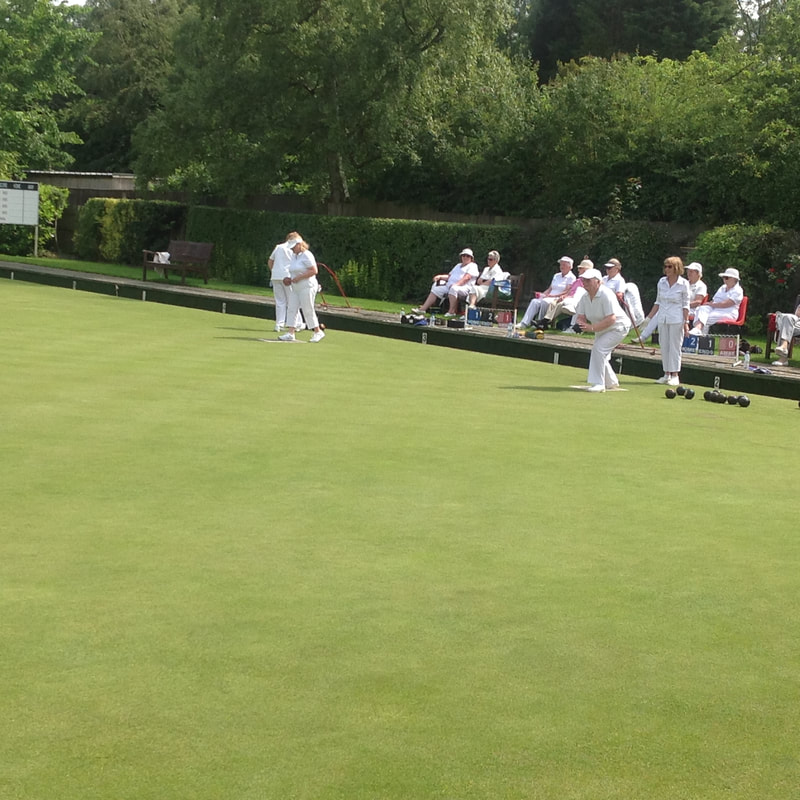 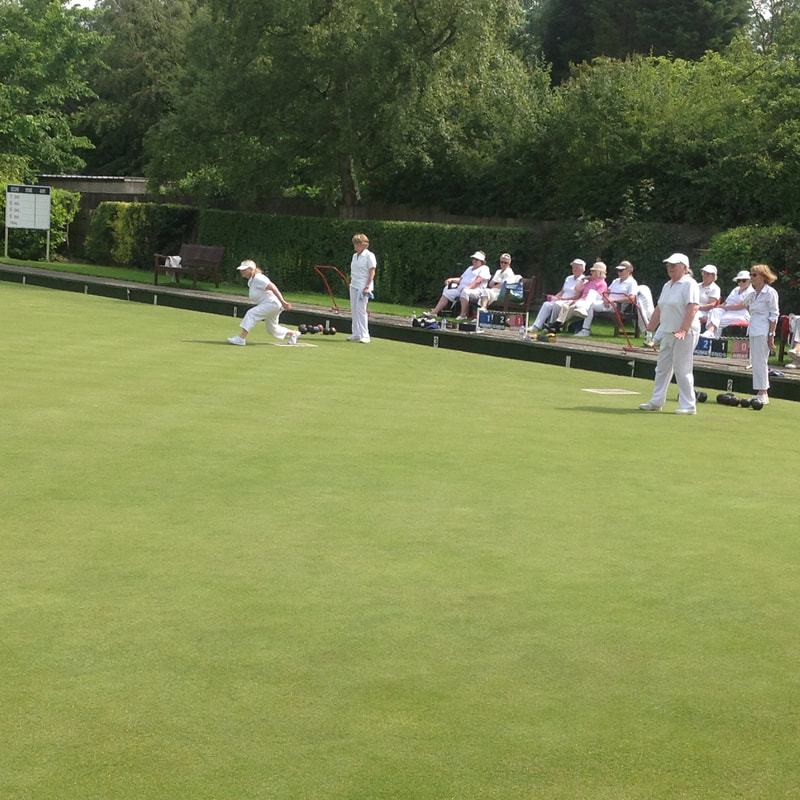