PONTELAND BOWLING CLUB
Our senior ladies fours team have been very successful this year.  In the final rounds of the county knock out event, they beat Benfield in the semi finals and then Whitley and Monkseaton in the finals.   They will now go on to represent Northumberland in the national finals at Leamington Spar later in August.  We wish them all well when they go to play.
The Ladies' County Presidents annual charity day was held at Alnwick on Sunday 4th July 2021.  The "theme" this year was ORANGE!
​
6 of Ponteland lady members attended the event.

The annual competition between the ladies and men - The Armstrong Trophy - was played on Saturday 31st August.   Weather was good except for a very strong wind.      Well done to the ladies for winning the triples and condolences to the other ladies teams (singles, pairs & rinks) who lost - especially to the rinks team who only lost on the last end by one shot.     Everyone had a very enjoyable afternoon.
Thanks to Elizabeth French for providing the refreshments and the other ladies who helped with the teas. 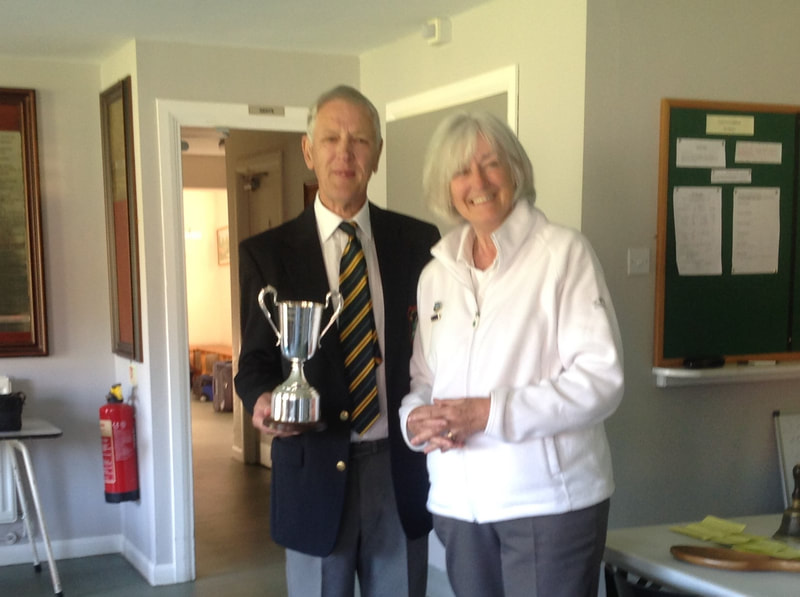 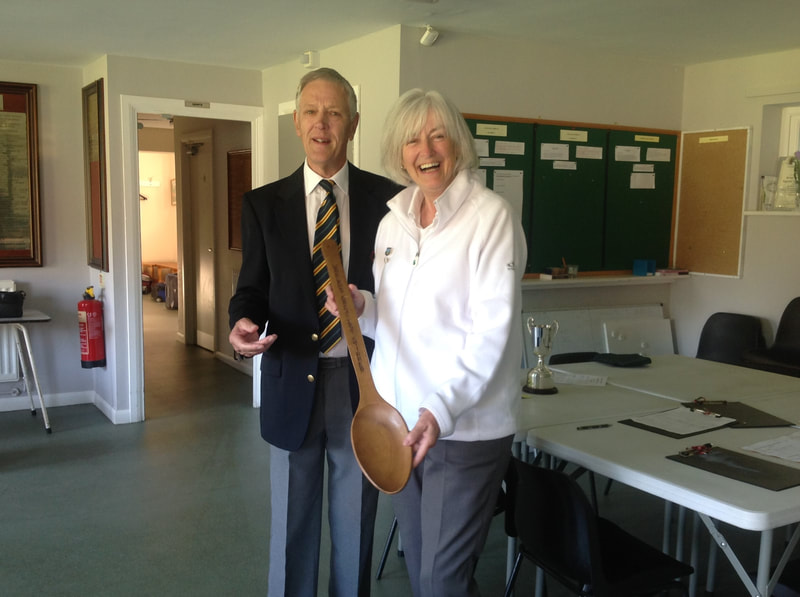 The re-arranged Presidents Day fixture, scheduled for Saturday 17th August, had to be cancelled - the green was unplayable after all the recent rain.
BOWLS, PIES & PEAS SCHEDULED FOR SATURDAY 10th AUGUST 2019 BECAME YET ANOTHER CASUALTY OF THE WET WEATHER EXPERIENCED THIS SUMMER.
Our annual Joint Presidents Day, scheduled for Saturday 27th July 2019, has fallen foul of the weather and had to be cancelled.    The event will now be played on August 17th in place of the Presidents Mixed Triples.     Let us hope for better weather for the rescheduled event.     The faith tea, on that afternoon, will take place in the clubhouse and not in the Memorial Hall (as is usual practice).
On Friday evening July 19th 2019, a number of mens county semi finals were played on our green.  A few photos below. 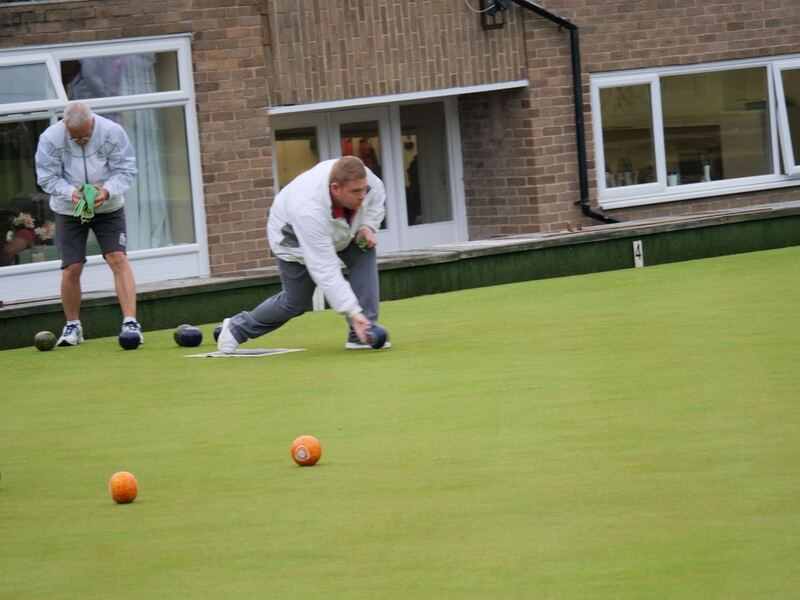 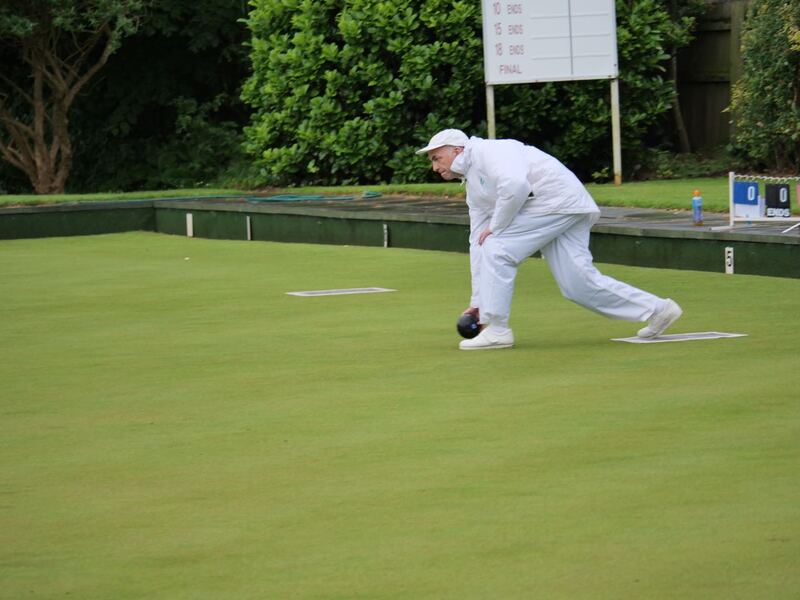 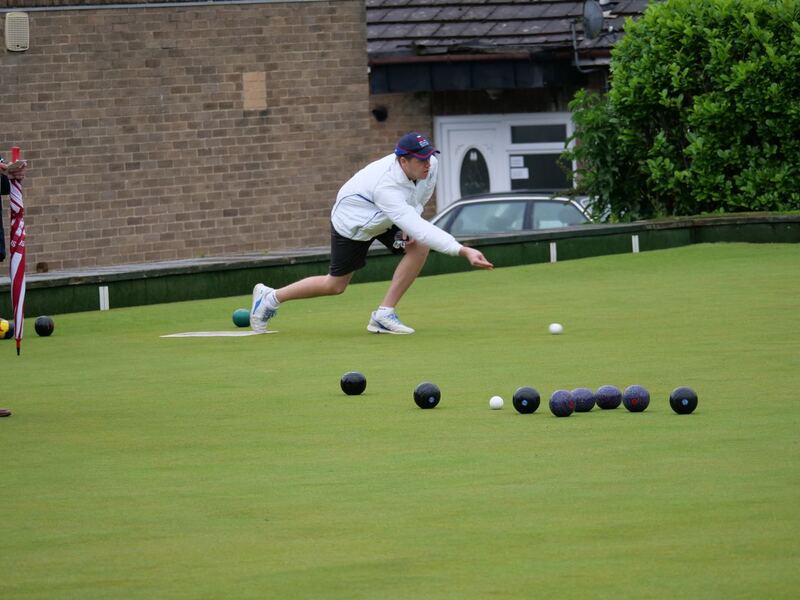 On Sunday July 14th 2019, Ponteland Bowling Club hosted the semi finals and final of the Edwardson Cup - a men's county competition between clubs.    Each club had three teams of four players with the semi finals contested between Gosforth/Newbiggin and Benfield/St Georges.       Gosforth and St Georges progressed to the final with St Georges eventually coming out overall winners. 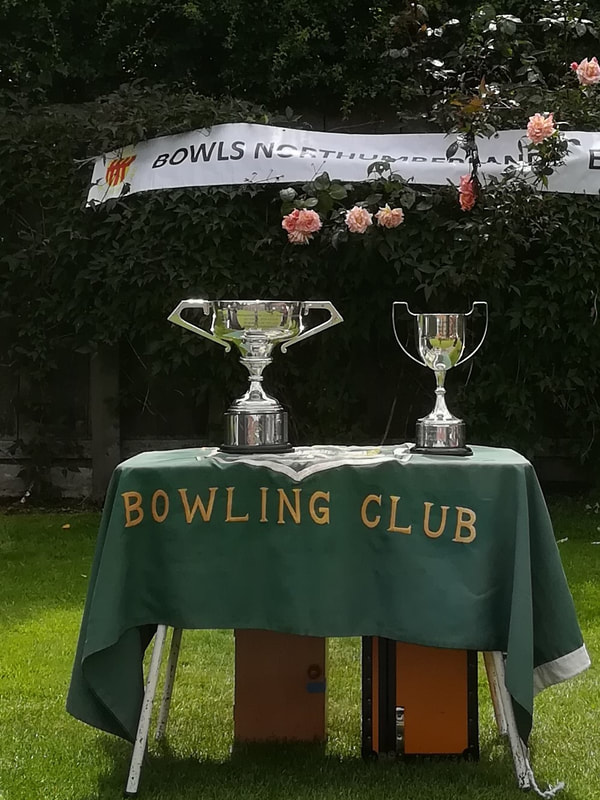 Congratulations to our team from Ponteland who, after beating Wooler by one shot, at Whitley & Monkseaton on Saturday 15th June 2019, have now reached the finals of the County Rinks competition and therefore qualify to represent Northumberland at the national finals at Leamington Spar later this year.  Well done to Gloria Stapylton, Margaret Turner, Allison Storey and Liz Emmerson.
The final will be held on 27th July 2019 - venue to be confirmed - against a team from Benfield
​**** MND FUNDRAISING EVENT SATURDAY 18th MAY 2019 ****
A tremendous thank you to everyone for supporting this event - just over £550 was raised and has now been sent to the MNDA
News 2018
The final of the ladies double rinks competition was held at Gosforth West Avenue on Sunday 26th August 2018 - contested between teams from Ponteland and Benfield. 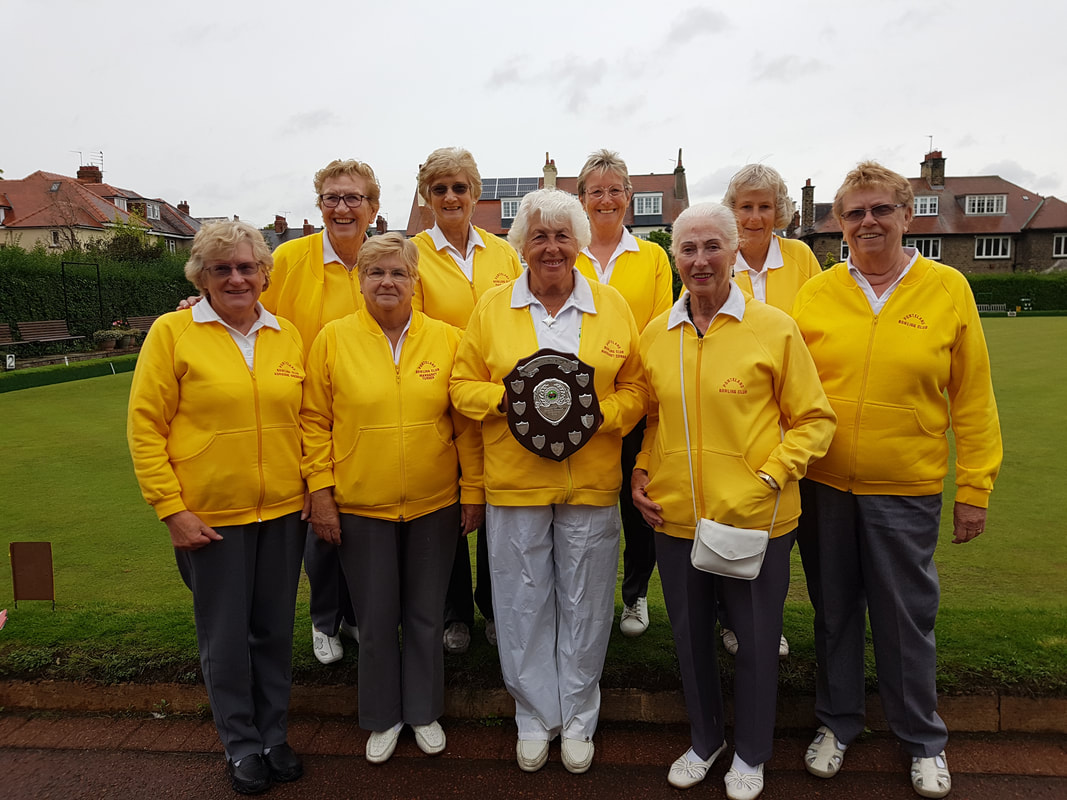 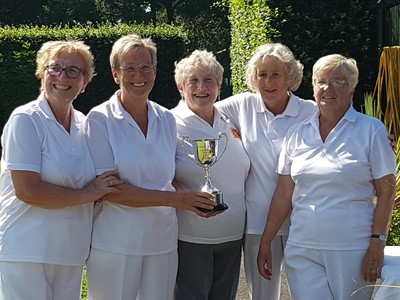 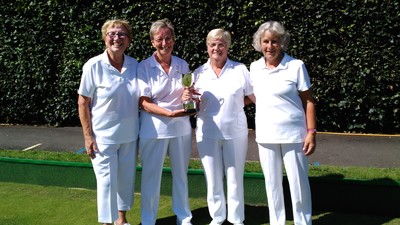